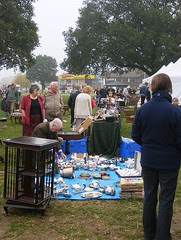 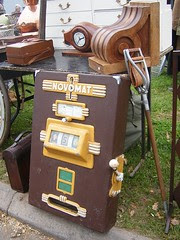 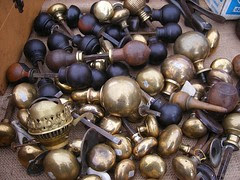 Photos on Flickr
Posted by Phil Parker at 00:21 No comments: 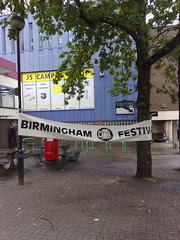 The festival is held in the student union bar at Aston University. I've never been a student so was unsure what the dress code was. I mean, when I was the right age (but too thick) to go to university, students wore ex-army grey coats and dungarees. Then they shouted at you in the street in lieu of a sales technique for Socialist Worker. Now I think they wear box-fresh trainers and don't even pretend they will all vote for anyone other than a Tory. In the end I hoped that a beer festival would be mostly populated by those from the IT and Engineering sections so dressing up probably wasn't required. 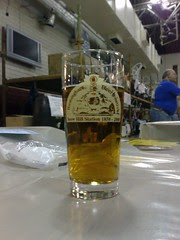 The student union is in the middle of Aston Uni and was handily signposted once you got there with arrows on lampposts. It's beside a pleasant village green type space which even has a normal pub beside it. How that works I'm not sure. Perhaps the students go to the union and the lecturers go to the pub ? Or won't the pupils at the business school be seen in the scruffy surroundings of a subsidised (and therefore little more than communist) drinking establishment ?

Inside cash was exchanged for a glossy programme plus half pint glass and we headed for the wall of barrels. Each was adorned with the name of the brew and interconnected with a plastic pipe. I'm assuming that this pressurised the vessel and didn't just blow beer from one to the other. Cash was taken on the bars with most beers coming in at £1.20-30 per half.

If you now expect a beer review then tough, I can't remember all the names and certainly can't recall the individual tastes. 'cos we had to go to Brum the timings had to fit in with the trains so an early (10.30) finish meant there was no option but to start drinking at teatime.

Fortunately there were a couple of stand out brews:
Mango - Is a yellowy/orange colour and does taste like there are mango's involved in the production. Very pleasant and light, just the thing for a summer like we haven't just had.
Pooh Beer - Dark brown and if I'm honest, not very nice. Only the dampening effect of previous drinks and the fact I needed to use the glass again kept me going on this one.

Alcohol strength fans will be disappointed that as neither of these appear in the guide I can't add this vital information either. Actually, the guide while glossy and full of reading matter is a bit useless on the details of the beers. The list is missing at least 3 of the ones I tasted. Still, you can read a diatribe about possible banning of smoking outside in Birmingham by an ex-smoker who still has the odd cigar (so not an ex- then) or a new landlady in one of the homes of proper beer in the city. Nobody read any of this at the festival as far as I could see but it's worth a look afterwards if only to wonder why Tiger bitter, which is IMHO little more than the contents of the drains in the gents toilets of a tapas bar, has found a home in a temple to the brewers art.

The people weren't your typical fare either. I spotted at least 4 laptops being carried around. Several escapees from the adjacent business school wore suits that were a little too sharp for the surroundings contrasting well with the weathered beer festival t-shirts holding many a gut down. Mind you, if they were looking to work in banking at the end of term a drink or six was probably called for ! The average age was younger than Harbury but not by much. Modern students prefer quantity over quality so would have headed for the nearest Wetherspoons rather than mess around with proper beer. 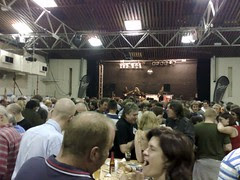 Entertainment was initially provided by a 6 piece brass ensemble followed after a 2 hour break by the Ann Duggan band. Ann Duggan is at least ten years too old for her outfit and twenty years to old to flirt with the lead guitarist, young enough to be her son, the way she does. Sadly the sound mix wasn't good enough to do justice to her vocals which was a shame as I think we missed out on an act a cut above your average pub covers band. Said guitarist was excellent even though he was plainly up past a decent bedtime for one so young. And of course no-one can clap when they have a beer glass in their hand so the audience response was more muted than it would have been otherwise.

Food was poncy (Jonathan Crisp) but delicious crisps and German sausages in buns. These smelt good and tasted better. Crepes were on offer from the same stall but how you were supposed to eat them I'm not sure as leaning space was at a premium. In the corner of the union was a Subway concession (closed for the evening) - is this part of the creeping commercialisation of the education system ? What the hell do the Socialist Worker sellers think of that ? Indeed, are there any ? The stand seems remarkably "unadorned" in what should be a hotbed for Marxists.

Anyway, a good night out. Not lefty magazine sellers (shame), some good beer and food along with reasonable entertainment. The glass survived the trip back on the train to join my collection.

CAMRA Birmingham
Posted by Phil Parker at 08:07 No comments: